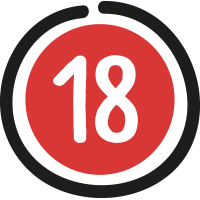 "BE AFRAID. BE VERY AFRAID."

Daddy Cronenberg defined the (latex) body horror mould in an outstanding series of films from 1970 to 1999. He then stepped away from the sub-genre only to return later this summer with CRIMES OF THE FUTURE (2022). We think THE FLY (1986), starring Jeff Goldblum, Geena Davis and John Getz – and winner of an Oscar for Best Makeup – is his finest. Cronenberg has always denied making explicit reference to the global HIV/AIDS pandemic in this tragic tale of a talented scientist whose teleportation experiment goes horribly wrong, but the shocking parallels are unmistakable.

THE FLY will be presented with an introduction by your horror host, TOKEN HOMO, and you’re invited to linger in the venue bar afterwards for a social.

Queer Horror Nights is a film club devoted to queer, cult and classic horror cinema. Follow your co-hosts @tokenhomo x @lastframeclub for all the gory details.

Programme supported by Film Hub London, managed by Film London. Proud to be a partner of the BFI Film Audience Network, funded by the National Lottery. www.filmlondon.org.uk/filmhub