On Sat 28th Jan, we will close at 18.45. Apologies for any inconvenience caused. x 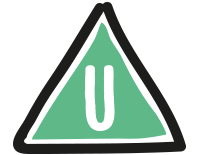 Hmm, looks like there's no performances scheduled...
Not to worry, we've got lots of other shows to choose from. Check them out below.

A 'screwball' comedy playing to the strengths and chemistry of the A-list cast, as gathering chaos and misunderstandings are underpinned dialogue and repartee sharper than a cat's claws.

*Fun Castle Cinema fact: We use a still from this film on our Parent & Baby 'babies first film' certificates, so it's a film close to our hearts.